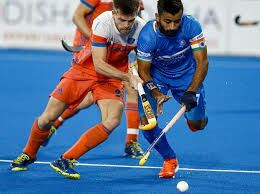 India crashed to a 1-7 defeat against Australia in their Men's Hockey Pool A match, at the ongoing Tokyo Olympics on Sunday. Dilpreet Singh scored the consolation for India, with Tim Brand, Joshua Beltz, Daniel James Beale, Flynn Andrew Ogilvie, Jeremy Thomas Hayward scoring a goal each for Australia. Blake Govers scored a brace for the winners. Both teams won their opening games and were looking to consolidate their position on top of their group with a win at the Oi Hockey Stadium on Sunday. India beat New Zealand 3-2 in a closely contested encounter on Saturday.