Don’t write off shooters, they still have a chance: Olympian shooter Heena Sidhu 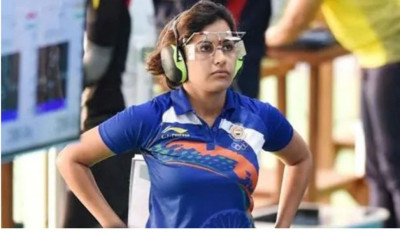 Don’t write off shooters, they still have a chance. At this juncture, they need our support: Former World number one shooter Heena Sidhu

Before the start of the Olympics, shooting was considered a top medal contender sport for the country. But in two days, eight shooters in air pistol and air rifle events couldn’t do much and the best finish was a seventh place by 19-year-old pistol shooter Saurabh Choudhary. He was at number one position in the qualification round, but couldn’t do much in the final and was the second one to be eliminated in the field of eight finalists.

On Sunday, Manu Bhaker was close to making it to the final round, but a malfunctioning in her pistol during the qualification round stole her chance.

The social media was quick to react and jumped the gun on the shooters’ showing. But two-time Olympian pistol shooter Heena Sidhu came in support of the Indian shooters.

“Don’t write off the shooters, they still have a chance. Shooting events are not yet over and in the 10m pistol and rifle events, the mix-team events are yet to take place. I am confident that they will do well. At this juncture, we need to support them,” says Heena Sidhu, who competed in the 2012 London (10m pistol) and 2016 Rio Olympics (10m and 25m pistol events).

“In London Olympics, Vijay Kumar couldn’t do well in the 10m air pistol event and finished at 31st position. But he took that disappointment to prepare himself better for the next day's event. He came back stronger and clinched silver in the 25m rapid fire pistol. I am pretty much sure that our shooters in Tokyo will bounce back strongly in the mix-team events. We just need to believe in them,” adds Sidhu.

On Manu’s today performance Heena said, “It was her hard luck that a malfunction happened in the pistol. She lost the crucial time and despite that she didn’t succumb to pressure. Rather she rose to the occasion and scored 575 points in less than 34 minutes.”
The allotted time to fire 60 shots is 75 minutes.