Djokovic's visa cancelled again: Did Australian government have any other option? 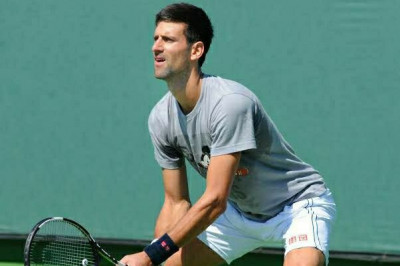 Australia's immigration minister Alex Hawke announced on Friday that he had used his to cancel tennis star Novak Djokovic's visa on "health and good order grounds." According to Australian media, Djokovic Novak Djokovic will be back in detention even as his lawyers challenge the decision. (https://www.smh.com.au/politics/federal/novak-djokovic-s-visa-cancelled-throwing-australian-open-draw-into-chaos-20220113-p59nwe.html)

If the court doesn't overrule the decision, it would mean that Djokovic will not be defending his title and also not win his 10th Australian Open. It would also mean that he may not be able to play the Australian Open for three more years.

Djokovic, who is unvaccinated, had his visa cancelled soon after he entered Australia at the invitation of the Australian Open organizers, but a court ruled against the Australian government and the speculation was rife in the country that the federal government could cancel his visa again. And that has happened. (https://www.smh.com.au/sport/tennis/djokovic-s-court-win-his-biggest-victory-of-all-declares-family-20220111-p59n9a.html)

Could the federal government have done it differently despite his stardom and a possible negative effect on the Australian open?

With discrepancies in his declaration, which Djokovic blamed on his agent, it had become difficult for the federal government to look the other way.

It would have been a huge risk for the government to let Djokovic play in an election year. The fear is that after facing several lockdowns and other harsh measures to stop the vaccine from spreading, ordinary Australians would have taken the federal government to the cleaners. With many Australians being forced to take the vaccine because of the mandate, allowing an openly sceptical tennis player to flout the rules would have presented a negative image.

Hawke made it a point to assert that the Scott Morrison government was "firmly committed" to protecting Australia's borders. Morrison on his part, also referred to Australians' "many sacrifices during this pandemic" and their right to expect the "result of those sacrifices to be protected." (https://www.sbs.com.au/news/novak-djokovic-s-visa-has-been-cancelled-for-a-second-time-ahead-of-the-australian-open/4a03b945-42ec-4278-8000-25031bb47694)

The federal government has spoken. Now it is in a court of federal judge David O'Callaghan on whether Djokovic will play in the Australian Open, which starts on Monday.

Events as they happened:
https://www.thesun.co.uk/sport/17273194/novak-djokovic-live-updates-australian-open-decision-anti-vax-latest/

Why Djokovic's visa was cancelled:
https://www.espn.com/tennis/story/_/id/32999494/why-novak-djokovic-visa-was-canceled-means-australian-open