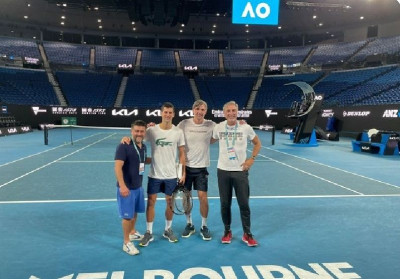 Novak Djokovic has been named top seed at Australian Open and will play his first match on January 17 against a qualifier. But what transpired in last few days shows Novak, once affectionately called "Djoker" is really a joker.

He reached Australia chasing a record 21st Grand Slam without getting vaccinated. Djoker has won the first Grand Slam of the year nine times earlier. Chances of winning another Grand Slam to kick ahead of Roger Federer and Rafa Nadal (all three are tied at 20 Grand Slams each) far greater in Melbourne than anywhere else since its Djoker' favourite Grand Slam. Like Nadal owns red clay of Paris and Federer has a particular liking for Wimbledon, Djoker is always favourite at Australian Open and he is defending champion too.

Australia doesnt allow entry of unvaccinated persons on its shores. So Novak was threatened with Visa cancellation and put in detention for deportation. He made an appeal against the decision saying he contracted Covid and hence he should be exempted from vaccination but this led to Djoker coming under more scrutiny as he was seen giving interviews and attending events in the period he claimed he was covid-infected. Also he claimed he was in isolation before reaching Melbourne but this also turned out to be a lie as he had visited Spain during the same period.

Since then he has issued a very twisted clarification of why he attended the interview and went for events.

But since his appeal sailed through, Djoker was back on court practising. Now he has been named top seed but the sword of deportation is still hanging over him as Australian immigration authorities are readying up an appeal against decision to allow Novak to stay in Australia.

Whether he plays or not or even if he wins the Grand Slam, Novak's image stands dented forever. He might end up his career as the most successful tennis player ever but Djoker has turmed out to a real joker - top seed in stupidity...