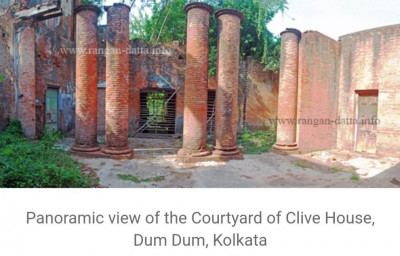 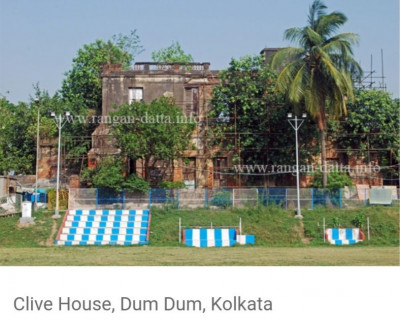 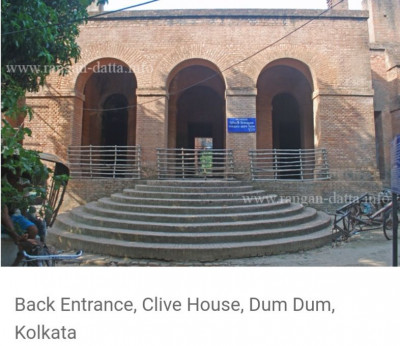 One of my cherished childhood memories is my visits to Lord Clive's house. Something about the place had always enticed me; an eerie feeling? No, growing up, I felt it was my innate love for heritage and history.

The British civil servant Lewis O’Malley wrote in 1911, “the name Dum Dum is a corruption of Damdama, meaning a raised mound or battery. It appears to have first applied to an old house standing on a raised mound”. R. C. Sterndale, wrote in 1891, that “Dum Dum House is a building of some historic interest. It is one of the oldest existing buildings in Bengal as it was in existence, though not in its present form, before 1756. But the first mention of the house occurs in Robert Orme’s ‘History of the War in Bengal’, 1798. Orme states that when Clive marched through the Nawab’s camp at Sealdah on the morning of 8th February 1757, in a dense fog, he crossed the Dum Dum Road. “The road leads to Dum Dum, an old building stationed on a mound”.

This was the building which ‘Clive of India’, had bought as part of his treaty terms after the Battle of Plassey.The building appears to have been originally a one-storied block house, so constructed to secure a flank fire along each face with underground chambers or cellars. The walls were of great thickness from 4 to 8 feet thick. No authentic account of the origin of this building can be found but it was probably a Dutch or Portuguese factory. Sometime after the battle of Plassey, Lord Clive made the building his country house altering the lower storey so as to destroy its character as a defence position and building a fine upper storey; the grounds were laid out with great expense and taste in the prevailing formal Dutch style. From its elevated position and the massiveness of its structure, the old house would still be capable of a stout defence against anything but artillery.

Why did the magnificent Lord Clive choose to live 4 miles outside Calcutta in what was a pretty featureless area of countryside?

Coming up with probable answers...