Diet may help alleviate some symptoms of bipolar disorder 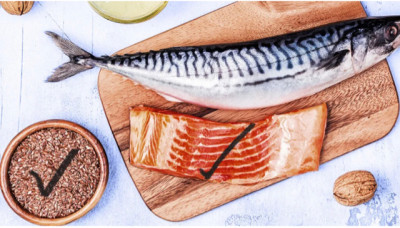 A study in the journal Bipolar DisordersTrusted Source suggests that individuals with bipolar disorder who adjust their intake of specific fatty acids may experience less variability in their moods.

Several studies have suggested that there may be a relationship between the consumption of seafood rich in omega-3 fatty acids and a lower prevalence of bipolar disorders. However, studies looking at the effects of fish oil supplements on the condition have found no such link.

Research has shown that medications that doctors commonly use for treating bipolar disorder can change how the body breaks down fatty acids.

The Penn State College of Medicine researchers hypothesized that by changing the type and number of fatty acids in the diet, the body would generate metabolites with specific purposes, such as reducing inflammation or pain.

The researchers assigned 82 participants with bipolar disorder to one of two groups: control or experimental.

Those in the experimental group decreased their linoleic acid consumption by limiting red meat, eggs, and certain oils. They also increased their omega-3 fatty acid consumption by adding flaxseed and fatty fish, such as tuna and salmon, to their diet. The researchers also specified the diet for the control group so that the participants did not know to which group they belonged.

All participants received foods, specific meal plans, and instructions on preparation for 12 weeks. The team instructed them to follow the diet while continuing with their normal care, including taking any prescribed mood-stabilizing medications.

The researchers gave the participants smartphones and asked them to use the devices to complete twice daily surveys about their mood, pain, and other symptoms. Additionally, technicians regularly took blood samples to measure the participants’ fatty acid levels and ensure that they had stuck with the diet enough to alter their biochemical levels.

Ultimately, the researchers found that the experimental diet improved mood variability in people with bipolar disorders.