Did you know anything about the Omar Mine Museum and Darulaman Palace in Kabul? 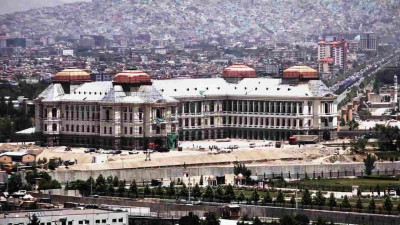 Thank you for sharing

One of Afghanistan's landmarks is the Omar Mine Museum, which houses the types of mines used in the Afghan war, along with other war hardware used in Afghanistan in recent decades; Are on display. Afghanistan is one of the most populous countries in the world, with many civilian casualties. Sadly, these landmines have taken the lives or feet of curious and playful children.
The Afghanistan Mine Action Organization (OMAR) was formed in 1990 to help combat the problem. A team of 500 people in this team is doing a relatively stressful job of clearing landmines from inside Afghanistan, and a simple white brick building (Omar Mine Museum) in Kabul showcases their findings.
In addition to landmines, the museum exhibits cluster bombs, missiles, unexploded ordnance, and aerial bombs. There are even Russian mines in the museum that children often confuse with plastic toys because they are colorful. In addition, the museum grounds include an exciting array of rockets, surface-to-air missiles and aircraft, a combat helicopter, and a MiG fighter.
The Darulaman Royal Palace was supposed to be a shining symbol of Afghanistan's modern future but is now in ruins due to the bombing. Darulaman is one of Afghanistan's landmarks, located on the ruins outside of Kabul. Amanullah Khan, the ruler of Afghanistan from 1919 to 1929, ordered the construction of this remarkable building, intending it to be the centerpiece of the country's new capital. This area was supposed to be a magnificent town with a European style.
The city was never built. After Amanullah Khan, the rulers changed their plans and reforms. Darulaman was set on fire by the Mujahideen in 1990 and bombed by the Taliban in 2012, destroying the palace that was supposed to symbolize peace and progress. The walls of Darulaman Palace show the history of Afghanistan, greatness, ambition, bloodshed, and violence, and finally, resistance and hope.