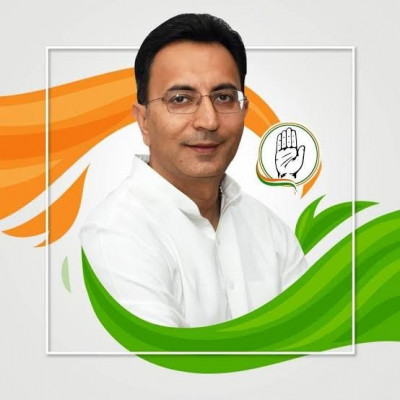 Congress Working Committee (CWC) member and former Union minister Jitin Prasada joined the BJP on Wednesday, dealing a blow to the grand old party ahead of the crucial assembly elections in the politically important state of Uttar Pradesh.

Prasada, 47, is a two-time Lok Sabha member from Uttar Pradesh. He has been upset with the Congress for sometime for being sidelined in the state.

The move is a personal setback for former Congress President Rahul Gandhi and his sister Priyanka Gandhi Vadra who is the party's general secretary in-charge of Uttar Pradesh. Prasada was considered very close to the Gandhi family and a key member of the party's core team.

In fact, Prasada was going to join the BJP before the 2019 Lok Sabha elections but was prevented from doing so by the then Congress general secretary Jyotiraditya Scindia who later himself quit the grand old party to join the saffron party.

Prasada was one of the 23 Congress leaders who had written to party chief Sonia Gandhi in August last year seeking major overhaul of the organisation and internal elections from top to bottom.

However, he later apologised for his action in the stormy CWC meeting that followed the letter bomb.

The Congress leadership promptly rewarded him by appointing him. as the party in-charge of West Bengal.

Prasada served as Union Minister of State for Steel from April 2008 to May 2009 in UPA-I government.

He also held the portfolios of Minister of State, Petroleum and Natural Gas, Road Transport and Highways, and Human Resource Development in UPA-II from 2009 to 2014. He had won from Shahjahanpur and Dhaurahra Lok Sabha constituencies in the 2004 and 2009 parliamentary elections respectively.

Though the Congress is not a major player in the Uttar Pradesh politics and his leaving won't make much difference to the grand old party, his joining the BJP might help the ruling party in terms of sending a message among the Brahmins who of late have been unhappy with the saffron party.

It may also help the BJP in perception management.

However, he failed to win any election post 2014 and even lost the 2017 assembly polls.