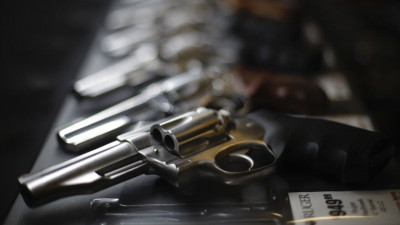 The repetition of the same incidents over the past few weeks is not powerful enough to change the mind of lawmakers, no strict rule to forbid the gun has been taken.

It was just a few days before the shooting in Texas and Newyork that a federal appeals court denied the law that banned the sale of some semi-automatic weapons to people under 21.
It was a divided three-judge panel that was decided in San Francisco. They claimed that the Second Amendment did not have an age limit, and an 18-year-old has the constitutional right to buy firearms.

Many such examples have been seen in the past few years where the decision to ban the sale of weapons to younger people was refuted by the claims that the Second Amendment allows it.
Last year, a divided three-judge panel of the Fourth Circuit in Richmond, Va., came to a similar conclusion in a challenge to several federal laws that restricted the sale of guns.

Judge Julius N. Richardson wrote for the majority, "We hold that the challenged federal laws and regulations are unconstitutional under the Second Amendment. Despite the weighty interest in reducing crime and violence, we refuse to relegate either the Second Amendment or 18- to 20-year-olds to a second-class status."

I think enough occasions have made it apparent how important it has become to change the existing laws to safeguard people's security and lives. There are few incidents now, but the current gun laws could give rise to countless; lawmakers should not be blinded by their notions for not changing such laws.