Courtois willing to take a penalty in the Champions League final 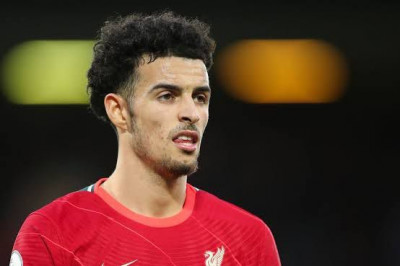 Real Madrid keeper Thibaut Courtois would be ready to take a penalty in the Champions League final, if the match has to be decided by a penalty shootout. The keeper has stepped up before to the spot at Chelsea and would be comfortable doing the same against Liverpool if the need were to arise.

The shot-stopper is working hard understanding potential penalty takers for Liverpool, coming off a very successful season for Los Blancos. Courtois has played as vital of a role as Karim Benzema this season to help Real Madrid to the Champions League football, thwarting Kylian Mbappe and saving Messi’s penalty in the round of 16.

On taking a penalty, Courtois said, “ I remember in pre-season with Chelsea against PSG I scored one and in the Community Shield against Arsenal I missed one.
(Antonio) Conte put me there because he knew I could shoot well, but obviously standing on the spot, in an important moment, is different.
I wouldn’t be one of the first five (takers), for sure, but maybe after, if you need to shoot, you have to shoot. I don’t fear it. It’s a moment to shine.
We won one (shootout) against Atletico Madrid in the Super Cup a few years ago when I saved one penalty. This season I have saved three.”

The keeper emphasized on the importance of preparing ahead and being ready for the threat Liverpool would possess. Courtois has saved 11 penalty kicks in his career outside penalty shootouts and would look to continue the same into the final.