Conservatives On Hormone Therapy For COVID, Republicans Prevent Trans Youth From Accessing It 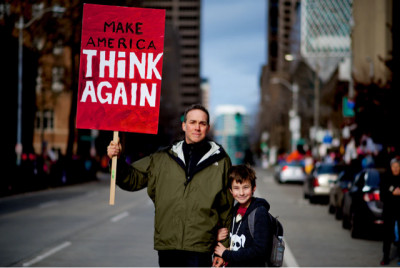 While Republicans lawmaker have been aggressively attacking transgender youth’s accesss to life-saving gender-affirming healthcare, conservatives are taking the same healthcare by misusing it to fight COVID.

An organization called Front Line COVID-19 Critical Care Alliance (FLCCC) is touting a combination of “dual anti androgen therapy” of as the second line agents to the use of the antiparasitic drug Ivermectin – which is regarded as ineffective in treating COVID.

“Several groups of doctors are encouraging and enabling people to take the drug [Ivermectin] off-label to treat or prevent COVID—despite a lack of solid evidence that it works against the disease and the fact that high doses can be harmful. In doing so, some experts believe these groups are undermining vaccination efforts,” Scientific American reports.

The second line agents include testosterone suppressors Spironolactone and Dutasteride, used by some trans women and femme folks.

While conservatives are baselessly using these gender-affirming treatments ‘to treat COVID,’ Republicans have already started attacking trans youth’s access to healthcare in the first week of 2022.

“Republican lawmakers in Arizona, Alabama, Indiana, Kentucky, Oklahoma, New Hampshire and South Dakota introduced at least nine measures that target trans and nonbinary youths, such as their ability to participate in sports, receive gender-affirming care or use the bathroom,” NBC News reports.

More than half of trans children were at risk of suicide this past year, and access to gender-affirming care is linked to being at lower risk of attempting suicide by nearly 40 percent in transgender and nonbinary youth, according to Trevor Project.