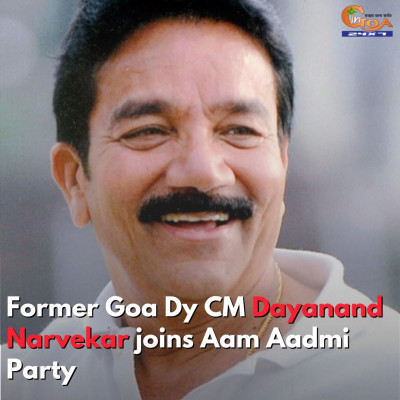 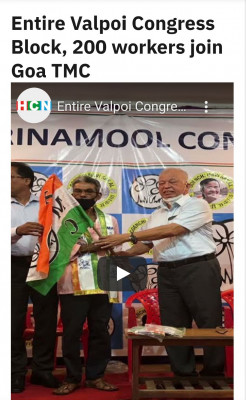 Not quite. Even former CM Luizinho Faleiro while resigning from INC said “I belong to the Congress family and I will always be there with Congress… because I dream to build, consolidate, strengthen and unify the Congress family at the state and national level”. Faleiro like hundreds of other Goan leaders across party lines knows that an average Goan voter knows only one party – Indian National Congress. The party’s contribution to the liberation of Goa, allowing it to retain its unique identity by an opinion poll that stonewalled its merger with Maharashtra, its statehood and even inclusion of its language Konkani in the eighth schedule was all done by Congress. So love or loathe it, a Goan is more comfortable with the Congress legacy.

So, then who are they who are leaving?

From Narvekar to Swati to Faleiro, the past-their-prime or the ignored and the forcibly-retired-hurt leaders are leaving the party to explore fresher pastures. BJP - backed by over a 1 lakh strong RSS cadre, AAP selling Arvind Kejriwal’s Delhi charisma or Mamata Banerjee’s TMC flouting her Bengal juggernaut, don’t enjoy Congress’ Goa legacy. The workers in troves migrating from Congress to other parties are the inactive ones or the past-their-prime ones who are adding to these new parties’ numbers.

Since 1961, Goa’s love affair with Congress has created waves of leaders of all kinds – some refusing to retire, some replacing the previous ones and others migrating to greener pastures. Congress has thus been a nursery for leadership of all kinds – age, caste, religion, economics, literacy – you name it. Its Darwinian survival of the fittest playing out in Congress. Congress leaders betray or get bought but the people’s party with Congress continues as an undercurrent.