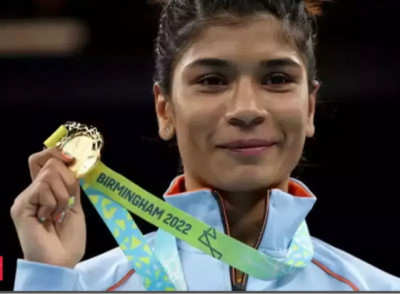 Indian star boxer and world champion Nikhat Zareen clinched the country's third consecutive boxing gold medal by defeating Carly MC Naul of Northern Ireland in the final of women's 50kg (Light Flyweight) at the ongoing Commonwealth Games in Birmingham on Sunday. Nikhat Zareen lived up to her 'world champion' status as she dominated Carly across all three rounds. She won by 5-0 on basis of points scored.