Clarence Thomas on the leak of the Supreme Court abortion draft as bad and eroded his trust! 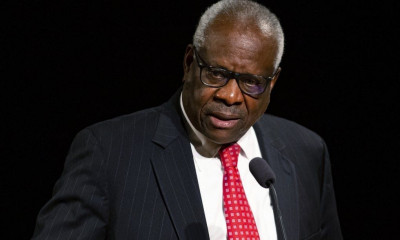 Clarence Thomas said that the reputation of the fragile institution might have been permanently damaged. Why did he call the court fragile? Does this mean the decisions on the court are not controlled by the judges but by those parties and individuals to whom they were appointed?

Clarence Thomas said, "What happened at the court was tremendously bad, I wonder how long we’re going to have these institutions at the rate we’re undermining them,” he added. “And then I wonder when they’re gone or destabilized, what we’re going to have as a country.”

“The institution that I’m a part of – if someone said that one line of one opinion would be leaked by anyone, you would say, ‘Oh, that’s impossible. No one would ever do that,’” he said. “There’s such a belief in the rule of law, belief in the court, belief in what we’re doing, that that was verboten.” he continued. He said the family is a part of is now a dysfunctional family, suggesting to the court.

I defer to take a stand here, yes it is an utter betrayal of trust when something this important from the court leaks! But it is justified when I stand with opinionated and innocent women and transpersons who atleast have the time to protest and make their stand clear and force a wave of discussions that will hopefully make a change.