Chelsea renders unto Ceasar that which is his 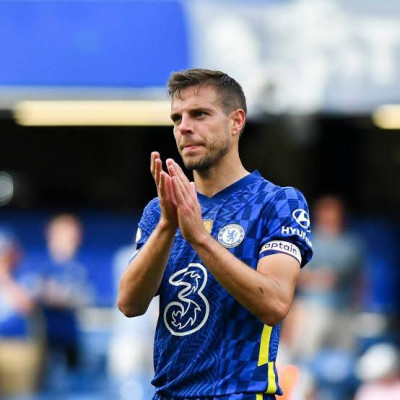 Chelsea have confirmed that club captain Cesar Azpilicueta has signed a new two-year deal to stay at Stamford Bridge until 2024.

Azpilicueta was linked with a shock move to Barcelona this summer but has now ended speculation surrounding his future by agreeing a new deal. Thomas Tuchel admitted he wanted to block any approaches for the Spaniard this summer during Chelsea's pre-season tour of America.

Barcelona failed to submit a formal bid for the 32-year-old and have now missed their chance to sign the Spanish defender, despite remaining interested in signing Marcos Alonso from the Blues. Azpilicueta's renewal will be a huge boost to the squad as they prepare for their Premier League season opener against Everton on Saturday, with the defender able to provide cover at centre-back and right-back.

Azpilicueta is believed to have accepted the contract offer from Chelsea yesterday with reports in Spain claiming he informed Barcelona and the club's head coach, Xavi Hernandez, of his decision today. The 32-year-old's previous deal expired next summer thus sparking speculation around his future, but his contract has now been extended by a further year as the Blues prepare for an important 2022/23 campaign.

Thomas Tuchel is likely to be pleased by Azpilicueta's decision with the Spain international's professionalism and leadership hugely valued by the Chelsea head coach. Speaking in May, Tuchel said: "He is everything Chelsea is about and I’m so happy that he’s the captain.