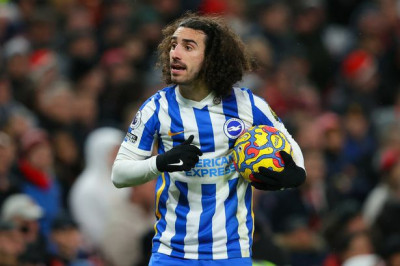 The 24-year-old, who has signed a six-year contract, was signed in time to face Everton on Saturday Night Football.

When announcing the agreement, Chelsea pointed the finger at Brighton by using the same style as their earlier this week rejection of rumours that an agreement had been made for the defender in a Tweet.

Ben Chilwell, who was sold from Leicester for £50 million two seasons ago, plus Cucurella will compete for playing time at left-back, but head coach Thomas Tuchel believes that his new purchase offers versatility all through the backline.

It also ties the full-back record fee of £60 million, manchester City paid to move Joao Cancelo from Juventus to the Etihad in 2019.

Chelsea has still been working on a deal for Leicester defender Wesley Fofana, although that work is far from completed.

What do you think about this transfer ?