Chelsea cruise against Tottenham Hotspur in the EFL Cup Semi-Final 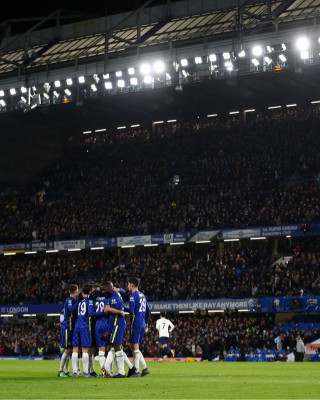 Tottenham lost for the first time under their new manager, Antonio Conte against his former club Chelsea. The first leg of the EFL Cup Semifinal was played at Stamford Bridge. Chelsea easily won the first leg with 2 goals to nil. Tottenham was nowhere near to the mark in the fixture.


Tuchel kept a formation of 4-2-3-1 with Kepa starting on the goal after a long spell on the bench. Ziyech, Niguez, Sarr and Lukaku also started the game. On the other hand, Conte went with a 3-4-3 formation with fever changes in the starting 11. Doherty, Skipp and Tanganga were some of the new players in the starting 11.


Chelsea was dominant throughout the game. They had 19 shots in total with 6 on target. The visitors had just 5 shots in the whole game from that only 2 were on target. The blues had a possession of 64% which shows their domination in the game.


The last time Tottenham won against Chelsea was way back in 2020. It was a penalty shoot-out in the EFL Cup. In the Premier League, Tottenham last won against the blues in 2018 at the Wembley Stadium.


Chelsea had a 2 goal cushion in the first half. Kai Havertz opened the scoring in the first 5 minutes of the games. The second goal was an own goal by Ben Davis in the 34th minute.

Tottenham failed to score a single goal after that. Chelsea had more than 600 passes in the whole game with a 90% accuracy. Tottenham on the other side had just 300 passes with not more than 79% accuracy of the passes.


Tottenham still needs to grow as a team under the new manager. They still have a chance to turn around the game and qualify for the finals of the EFL Cup. Both the teams will meet next time in the midweek for the second leg.


At the weekend, both teams have FA Cup fixtures. Chelsea will be facing Chesterfield whereas Tottenham Hotspur will be facing Morecambe at their home.