CHELSEA are considering Barcelona's Pierre-Emerick Aubameyang as their target for the club. 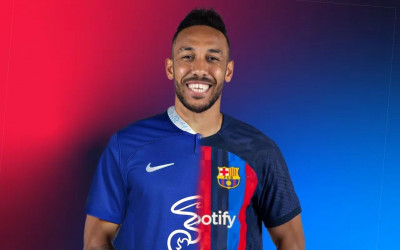 But it seems like that Chelsea's manager. Thomas Tuchel is still in a search to bring a striker to his club after Chelsea had sent Romelu Lukaku back to inter milan on loan.

After the arrival of Robert lewandowski from Bayern Munich to Barcelona. It had left a doubt on the future of Pierre-Emerick Aubameyang in Camp nou.

According to Fabrizio Romano, Chelsea are considering the ex Arsenal striker as an target for the club.

No bid is yet committed, but it can happen anytime according to the sources.

Aubameyang have scored 13 Goals in 23 Appearance but Barcelona have already bought a new winger Raphinha this season.

There is still a question mark on Aubameyang's future.

What do think about this Transfer ?