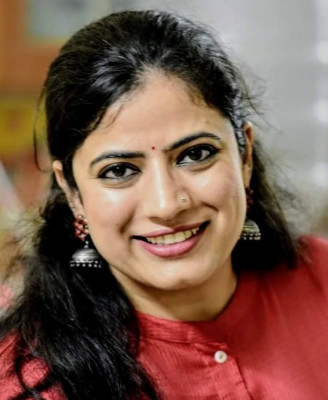 I’m so sorry for your loss🙏

Rest in peace, champion. You will be dearly missed

Champion of many races, former India’s fastest skater Khushboo loses the battle of life to COVID

By Saurabh Duggal
(From a skater, for a fellow skater)

Even in her last race of life, she worked hard to give her best, made sure that the life in her womb saw the world. Even with depleting oxygen, deteriorating body parameters, continuous life support for almost three weeks, she fought till the final whistle. But unfortunately India’s former fastest skater Khushboo Saini lost the battle to Covid on Friday night (June 4). She was just 35.

Khushboo tested positive in the last week of April, when she also gave birth to her second child. Since then she was in hospital and due to complications, she was on ventilator support since mid-May.

Winner of an Asian medal, Khushboo became the fastest Indian women skater in 2000.

Roller skating was one of the little known sports, when Khushboo took it up as a hobby during her summer vacations in the mid nineties. Later she not only rose to becoming one of the top speed skaters in India, but also became a catalyst in popularising the sport, especially in the northern part of the country.

Her accomplishments got her the title “The girl on flying wheels”.

I met Khushboo for the first time in the late nineties when her family shifted their base from Indore to Faridabad and she joined the training centre under skating coach John David. She was my junior and her commitment to the sport was incomparable. Her family too played an important role in her sporting excellence.

She was a sportsperson from the core. She joined Delhi’s Gargi College and during the Inter-College judo competition, her college’s sports teacher insisted that she compete in judo, as a couple of weight categories were vacant in the college’s team. Even though she didn’t have any experience of the combat sport, she participated and made a podium finish. Later she took admission in engineering.

The pandemic has taken one of our skating fraternity’s brightest stars. She will be alive forever in our memories.

You will be truly missed Khushboo…