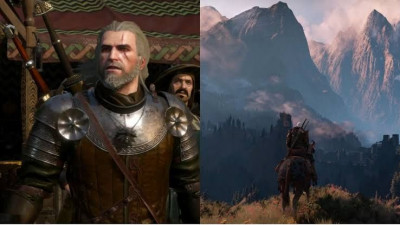 I honestly don't see the difference...

CD Projekt Red announced that the next-gen update will include new Photo Mode and updated camera angles. The graphics engine has been updated with AMD FSR 2 support as well as NVIDIA DLSS. The game will support new Ultra+ graphics settings with ray tracing and global illumination and will also bring many quality-of-life improvements.

One of the big changes for console owners will be the option to choose between performance and graphics modes, while PC players will have the option of a more zoomed-in camera view that adds a more cinematic feel to the game, making the action RPG even more gamer friendly.

Additionally, PlayStation 5 and Xbox Series X|S, players can look forward to Performance and Quality modes that allow players to choose if they want to prioritize performance (higher frame rate) or quality (better visuals).

There will be a variety of other high quality features coming with the update which include new walking and jogging options for Geralt and the ability to change the size of the game's subtitles.

The mini-map has been made more dynamic along with the on-screen objectives, which will now disappear as players explore the world on horseback or fight in combat. It can be brought up again with a single button press, however, keeping Geralt from getting lost as he explores The Continent.

Additionally, players can now pause the game's cutscenes. According the devs, full patch notes will be shared closer to the launch date, teasing that there will be additional "surprises" to come.

Furthermore, content inspired by the Netflix Witcher series starring Henry Cavil would be featured in the game including swords based on what Henry Cavill wielded during Season 1 and Season 2.