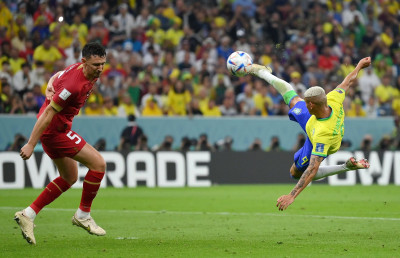 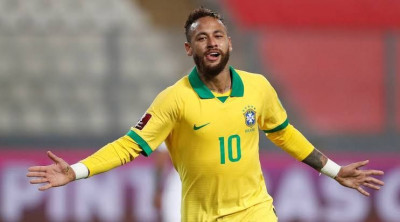 FULL-TIME A dominant display by Brazil. They remained on the front foot for the entirety of the game and gave Serbia little to no chances.

STAT: No Brazilian has scored more goals (19) than Richarlison since his debut in September 2018. Clinical.

80' Another double substitution for Brazil Gabriel Jesus and Antony replace Richarlison and Neymar.

73' GOAL FOR BRAZIL! ABSOLUTE STUNNER FROM RICHARLISON, he takes a heavy touch upwards, turns around and hits a brilliant scissor kick in the corner of the net! Goal of the tournament contender. Brazil 2-0 Serbia.

62' GOAL FOR BRAZIL! Richarlison scores Brazil's first after a save from Milenkovic Savic. Brazil 1-0 Serbia!

FACT: Brazil had won every opening game they played in World Cup history before drawing to Switzerland in 2018

46' BIG SAVE! Milinkovic Savic makes a massive save to deny Raphinha

HALFTIME! Brazil have had the better first half here but really should've put one in by now. Serbia have defended decently with the odd chance here and there.

27' Brilliant save by Milinkovic Savic as he comes off the line dives at Vinicius' feet!

14' Neymar with an audacious attempt to score directly from a corner! What a goal that would've been.

STAT: Only Kane and Depay (12 goals each) scored more goals than Mitrovic (8 goals in 8 games) in the European qualifiers for the 2022 World Cup. The Serbian will look to get on the scoresheet today too.