Bose and His Moirang Connect 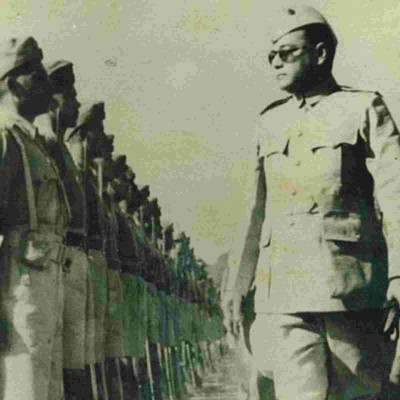 Chandra Kumar Bose, Netaji's grandnephew, has asked PM Narendra Modi to declare April 14 as 'Victory Day' to commemorate the efforts of the 'Azad Hind Fauj' in Manipur during the British Rule.

As India approaches its 75 years of independence from the shackles of British colonisation, the Moirang-Bose connect deserves some light.

Moirang was a part of the British empire until the Azad Hind Fauj recaptured a town and a part of Nagaland from their clutches on April 14, 1944. Many, including Britishers, believed that it was one of the most challenging and brutal fights. The courageous Indian National Army outnumbered them that Subhas Chandra Bose led.

Thus, this was momentous in Moirang's history. According to Wikipedia, Subhas Chandra Bose and Colonel Shaukat Malik hoisted the tricolour for the first time on Indian soil. The historic occasion was attended by several members of the INA, including a man named Mairembam Koireng Singh, who went on to become Manipur's first Chief Minister. Three years later, India attained independence from colonial rule.

Older generations seem to have forgotten, and hardly anyone in today's generation knows about the significance of April 14. If it hadn't been for this milestone, we might not have been here today.