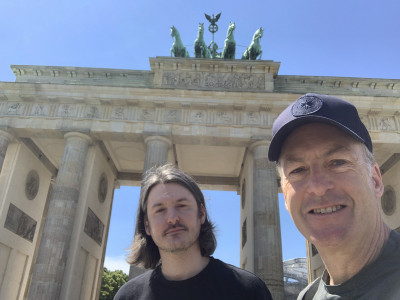 Bob Odenkirk just teased a sequel for his action thriller movie, Nobody. The first movie was quite a bit like John Wick about a retired assassin who has to return to the field to save himself and his family.

Odenkirk just posted this photo on his socials, the person alongside him is the director of Nobody, Ilya Naishuller. The caption for the post reads the following ,

It'll be interesting to see where they can take this new franchise.