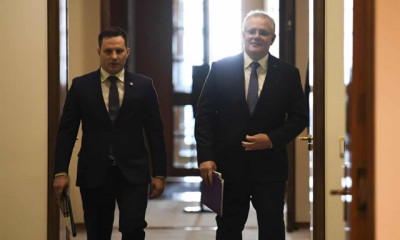 The blame game has begun!

The NSW Liberal Party is undergoing a wave of recriminations over the division's performance and the delays in preselecting candidates for NSW federal seats, as per The Guardian. This has resulted in the majority of candidates being chosen only weeks before the federal election last month.

It was further reported that the cumbersome, faction-riven state executive is being criticised, as is former Prime Minister Scott Morrison and his "captain's picks," as well as his state executive delegate, Alex Hawke, who was widely criticised for delaying preselections by neglecting to make himself available for months to evaluate candidates.

Now that is a shocker according to me. But, I wonder who is really to blame in this game?

Some are also blaming Covid lockdowns, which hampered the party's ability to stage branch plebiscites under the new "Warringah" regulations, which give members far more power.

The first time these were used was in the federal election of 2022, but because to Covid restrictions, the party was unable to hold rank and file preselections, which would have needed up to 800 members to meet face to face in some circumstances.

As a result, there were a slew of losses in seats where candidates and incumbents were only approved a few days before the election.

Interesting. Do you think Covid is a justified reason or a mere excuse? Let me know what you think!