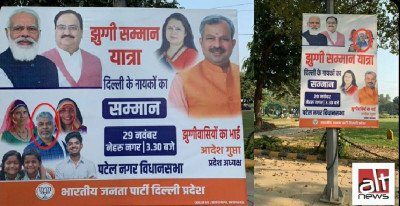 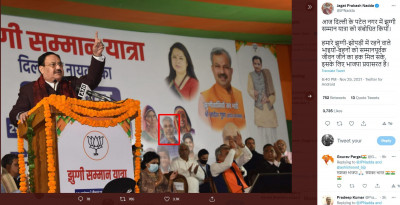 BJP leaders JP Nadda, Adesh Gupta and Meenakshi Lekhi tweeted pictures of themselves addressing people on the conclusion of BJP Delhi’s campaign for slum dwellers “Jhuggi Samman Yatra”. The poster for the campaign is visible in these pictures. The poster shows several “slum dwellers” and among them is Tamil author Perumal Murugan. His headshot has been highlighted in the posters below.

BJP Delhi had also tweeted the same poster in October on the commencement of the campaign.

The New York Times had used the photo that found its place on BJP’s poster.

Murugan also responded to his image being used. “I belong to the slums,” he wrote.