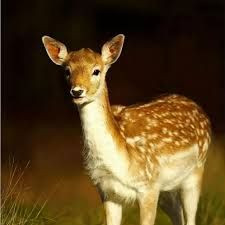 Off course, shocking for the Bishnois community

Bishnois enraged over deer being fed to cheetahs

A move to send 181 Chitals (spotted deer) to Kuno National Park in Madhya Pradesh to feed the eight cheetahs (5 females and 3 males) that have arrived from Namibia has enraged the Bishnoi community.

Members of the Bishnoi community have staged protests against the move.

Bishnois believe strongly in protecting the environment and wildlife as part of the 29 principles laid by community founder Guru Jambheshwar. They are known for their love of chinkaras, deer and chitals.

In fact, members of the Bishnoi community had filed a case against Salman Khan, Saif Ali Khan, Sonali Bendre, Tabu and Neelam for allegedly hunting down two blackbucks at Bawad in Mathania near Jodhpur in Rajasthan while shooting for film-maker Sooraj Barjatya’s ‘Hum Saath Saath Hain’ in 1998.

The matter is still in the courts.

So far, 181 chitals have been sent from Chidikho sanctuary of Rajgarh to the Kuno National Park, which had demanded 200.

Around 1500 chitals will be released in phases in the Kuno National Park to satiate the hunger of eight cheetahs.

In his letter, Boodia said the Bishnoi society has been protecting the environment, nature and wildlife for the last five centuries following the principles laid down by Guru Jambheshwar. This is the only community in the world that has been making sacrifices for protection of trees and wildlife, he said, adding as many as 363 Bishnois have sacrificed their lives to protect the wildlife from poachers.

He has urged the Prime Minister to immediately reconsider the decision.

Haryana BJP leader Kuldeep Bishnoi has also condemned the decision. “Information is coming about sending chitals and deer for the food of cheetahs, which is highly condemnable. I request the central government that in view of the sentiments of the deer species and the Bishnoi society, the matter should be investigated and if it is so, then it should be stopped immediately. These species have reached the brink of extinction in Rajasthan,” he said.