Bill and Melinda Gates: philanthropy caught in the crosshairs of society’s obsession 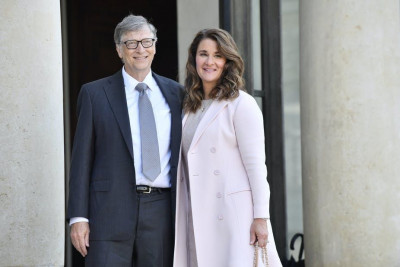 When does an extremely normal event become global headline news, and when does a “historic achievement for humanity” fail to create much of a ripple in the news cycle? When the key players in both stories are high-profile philanthropists.

Just like almost half (44.6%) of their fellow US citizens, Bill and Melinda Gates’ marriage has ended in divorce. Unlike most people, the couple’s philanthropic efforts in global public health have saved and extended millions of lives. For example, they’re credited with helping eradicate most types of polio, a disease that caused a thousand children to be paralysed every day as recently as the 1980s. Philanthropy scholars were repeatedly asked to discuss the divorce announcement last week, but phones were remarkably silent after the polio announcement 18 months ago.

The current news cycle’s fascination with the Gates’ divorce – Was there a prenup? How will properties and assets be divided? What prompted the split? – is part of a contemporary pattern of viewing big giving through the prism of celebrity. It leads to a focus on donors’ lifestyles, personalities, relationships and motives at the expense of deeper engagement with the details of philanthropic acts and their impact on beneficiaries.

This phenomenon is by no means confined to the Gates however. Last year’s single biggest donor, author MacKenzie Scott, gave away almost $6 billion to a range of progressive causes with few strings attached. Yet the scale and method of her giving failed to attract as much attention as her “spectacularly public” divorce from Amazon founder Jeff Bezos, and her philanthropy was interpreted as “f***-you money” designed to show up her less philanthropic ex-spouse.

Our teaching on the intersection of philanthropy with popular culture highlights how often elite giving is viewed through the lens of celebrity. Media representations do not just contain information about events, they also shape our perceptions and affirm wider conceptions about aspects of social life. When big donors only hit the headlines because of private matters or cynicism about their charitable intent, it impedes public understanding of philanthropy, encourages scepticism, and can inhibit giving.