Big drop in China's birth rate: Is it going to hit its economy? 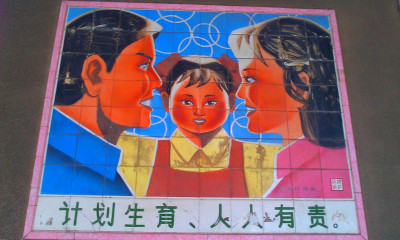 China’s population growth rate plummeted to its lowest level in the last 61 years, barely crossing the annual death rate in 2021 despite the government’s best efforts to ward off a looming demographic crisis.

China’s policymakers are worried that a decreasing population is going hand in hand with a fast-aging population. The new generation is averse to having children due to high cost of living, delayed marriages, gender inequality and poor social mobility. On the top of it, the country had imposed its notorious one-child policy – a drastic population control initiative between 1980 and 2015 – to curb the country’s runaway growth, by restricting most families to a single child.

Realizing the fast-decreasing birth rate, the country first allowed couples to have two children in 2016, and then introduced a three-child policy in 2021. The policymakers also announced better access to childcare and maternity to encourage bigger families.

Declining birth rates and increasing life expectancy in the country, however, means there will be fewer younger people to run the economic engine of the country. Huge labor force behind the massive manufacturing prowess of China has been fuelling the high GDP and economic growth of the country for decades. Labour shortages could affect economic development and reduce tax revenue.

China is the world’s second-largest economy that reported a GDP rise of 8.1% in 2021, defying the government predictions of 6%. Covid-19 had hit the economies of most nations much harder, but China showed much resilience in spite of the fact that the coronavirus originated in the country.