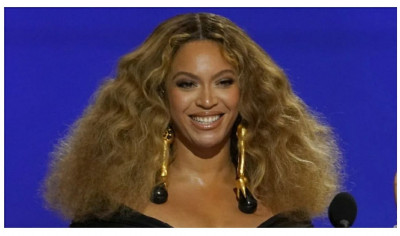 Queen Bey is now on TikTok.

Pop superstar Beyoncé has joined the short-form video app (link) — and her entire catalog is now available to TikTok users to use as backing sounds for their creations. The songs include her new single, “Break My Soul,” and hits like “Halo” and “Single Ladies.”

Beyoncé just posted her first TikTok, a compilation of creative user-generated content inspired by her music and persona, thanking all her fans on the platform for supporting her and promising big things to come.

“Seeing y’all release the wiggle made me so happy!” Beyoncé writes in the caption. “Thank you so much for all the love for BREAK MY SOUL! – Love B”

Beyoncé already has garnered more than 3.3 million followers on TikTok as of Thursday morning.

“Break My Soul” is the first single from Beyoncé’s forthcoming seventh solo studio album “Renaissance,” which is set to arrive on July 29.

The album will feature both dance and country-leaning tracks, Variety has reported, with contributions from hit songwriter Ryan Tedder, who co-wrote her 2008 hit “Halo” as well as hits for Adele, Taylor Swift, the Jonas Bros. and his own group, OneRepublic.

Beyoncé is the only artist in history to have all of her first six studio albums reach the top of Billboard’s album charts. “Renaissance” is the first drop of new solo music from the artist since her 2016 “Lemonade”; the forthcoming album’s secondary title, “act i,” suggests that it will be part of a larger or multi-part project.