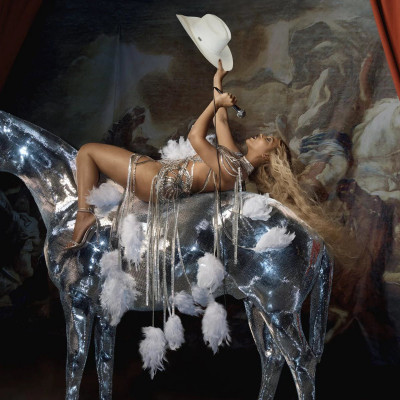 There was lot of excitement leading up to Beyoncé’s album Rennaissance, which was leaked two days before it release. Maybe it could have done with a bit more time, as two songs are set to be rerecorded and released. The song Heated will have ableist language removed from it, while the song Energy will be rerecorded without one of the samples on which it is built.

This second change has been portrayed as a response to the singer Kelis calling the use of the sample “theft”, and to Beyoncé “allegedly failing to seek permission for usage”. But that’s not actually true. While Kelis might not have been paid for the sample – and that is an issue – that’s to do with her legal contract with her producers, not a failure on Beyoncé’s part.

Kelis is the performer of Milkshake, which was released in 2003. Now you might think she should be getting money for any use of the song. However, the credits and the royalties for Milkshake go to Chad Hugo and Pharrell Williams, together known as The Neptunes, who reportedly wrote and produced it.

In the music industry, when a song is recorded it has two rights attached to it. One in the actual sound recording and one in the song itself. This is why Taylor Swift re-recorded and release her music to reclaim her rights in the sound recordings. She was the owner of the songs themselves but not the recordings, so she made new recordings.

These different rights are often owned by different people and are governed by contracts. So who owns what and how much they earn depends heavily on the agreement between the people involved.


In 2020, Kelis revealed in an interview that she doesn’t make any money from her two albums produced by The Neptunes. She said that she was told everything would be split three ways and so didn’t double check when presented with the contract.