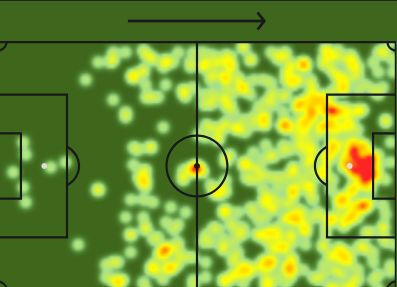 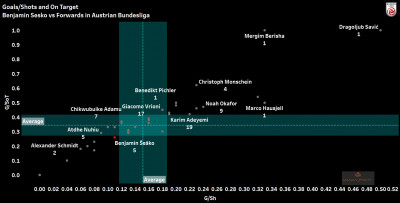 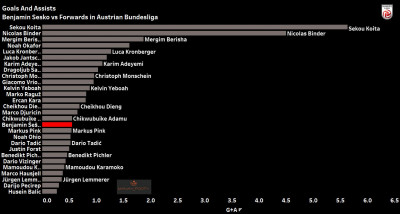 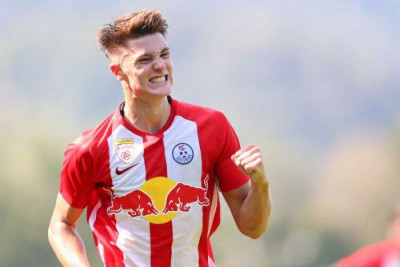 The Manchester United striker problem is well documented. With their talisman striker Cristiano Ronaldo's reluctance to play in Europa League and his agent Jorge Mendes looking heather-tether for clubs that provide UCL and Atletico Madrid currently considering taking the mercurial forward has led United to search for a striker. From Brian Brobbey to Antony, a plethora of players is being linked to United. Recently, one news which is coming from the Austrian Bundesliga, is that United is interested in buying Benjamin Šeško from RB Salzburg.


Let’s get to know more about him. Hailing from Radece, a small region in Slovakia, Šeško has been compared to the Norwegian superstar Erling Haaland. Possessing a towering height of 6 ft 4 inches, and a muscular physique, he possesses explosive nature like his Norwegian counterpart. But what sets him apart is his speed. He clocked a speed of 36.2 km/h which is faster than Kylian Mbappe.


But what sets these two players apart is that Benjamin is a team player and he is technically better. Haaland is wilder, with his energy stored within him, in a positive way.

Looking at his seasonal heatmap, we can see that his actions were mainly in the attacking third and inside the box.

From the visualization, we can see that he ranks in the 3rd quadrant.

We can see that Karim Adeyem has the most goals (19), while Benjamin has only 5. One needs to bear in mind that he is only 18 years and he has a lot of time to improve his goal-scoring record.