Bamyan is the best tourist attraction in Afghanistan 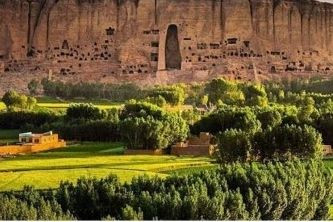 Bamyan is a beautiful region

Bamyan province, known in Middle Persian as Bamikan, is called Fan-yan in Chinese and Bamyan in Latin. Afghanistan is one of the 34 provinces of Afghanistan famous for its beautiful nature as a tourist center of Bamyan. The capital of the province is Bamyan and is located in the center of Afghanistan.

Bamyan has an area of at least 17,414 square kilometers, and its population is estimated at 418,500 based on 2011 estimates, But the Afghan government estimates the population of Bamyan province even higher. This region is world-famous for hundreds of historical works due to the tremendous cultural diversity in the past. Bamyan has been translated as bright light, and this province is also known as the cradle of Buddhist civilization.

The name Bamyan has become more popular with famous monuments such as Buddha idols and the surrounding caves, including the castles of Zahak, Ghalghaleh, and Band Amir. Bamyan is the center of Hazaristan. The nature of Bamyan is mountainous, and this province is the most famous province of Afghanistan due to its mountainous and cold nature.

Even the slightly flat areas are very high and have a cold and rough nature. The province has become Afghanistan's tourism hub in recent years since the fall of the Taliban regime. The location of Amir Dam in this center is considered as one of the tourist attractions of Afghanistan; The people of Bamyan are civilized and cultured and hope that if the security situation in Afghanistan improves, the district will become one of the most spectacular places in the country and will pay millions of Afghanis a year to the government treasury.

Although the province has been sentenced to a natural prison, in recent years, President Ghani's government has tried to get Bamyan out of its natural prison by building significant highways. The province's current governor is Tahir Zuhair, and the region has witnessed Taliban movements in recent weeks.