Australia will not block LIV players from competing at home! 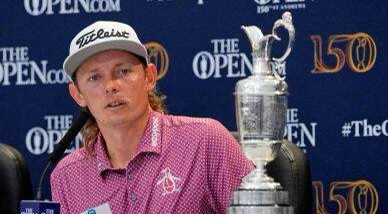 In response to rumours that British Open champion Cameron Smith has already committed to joining the breakaway circuit, the Australian Tour head stated golfers who sign up with the Saudi-backed LIV Series will still be welcome to compete in domestic tournaments.

IE reported that the DP World Tour, which decided to bar some players from its tournaments in June after they played a LIV event, co-sanctions the Australian Open and Australian PGA Championship, two of the major events on the PGA Tour of Australasia calendar.

After two challenging years that were disrupted by COVID-19, Australia believes its top talents can return home to give the local tour a boost.

“The players coming home to play, as long as there is no conflicting event will be welcome to play,” PGA of Australia CEO Gavin Kirkman told reporters.”The Australian players that come home from wherever they’re playing at the moment, if they’re members of our organization they’ll be eligible to play and that’s been discussed with the other tours.”