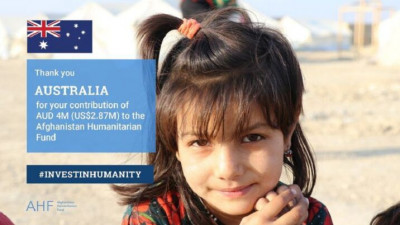 The Organization for the Coordination of United Nations Aid in Afghanistan (OCHA) says that Australia has donated 4 million Australian dollars to Afghanistan, equivalent to 2.87 million American dollars.

According to OCHA, the amount of Australian aid to the Afghanistan Humanitarian Fund has reached 50 million Australian dollars since the establishment of this fund.

This institution has said that continuous support will save the lives of needy people in Afghanistan.

With the Taliban's dominance over Afghanistan, poverty and hunger have spread in the country.

It is said that 24.4 million people in the country are facing severe food insecurity.