Andor Season1 review: The best of Star Wars that there has been in a while 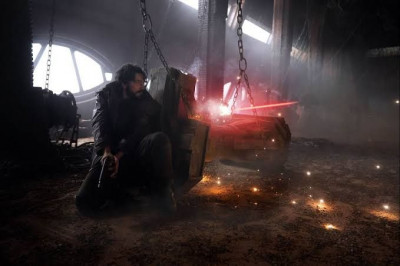 Nice! I'll give it a watch!

Star Wars: Andor  Season one is over, and damn, this has been one hell of a ride. With zero focus on Jedi, Sith or flashiness, Andor is a highly mature and emotionally charged series with a clear focus on storytelling, character development and worldbuilding, thus fully content to take its time.

Andor functions as an insight into just how the average citizen in the Galaxy lives under the Empire, and just how the Empire really works, from its various departments right down from its intelligence to its lower federal security agencies, Imperial Army and the Imperial Senate.

Discontent and restlessness has begun wearing its open head as the Empire is becoming cruller by the day, and with no Rebellion in the picture yet, the power, confidence and cruelty of the Empire are at peak levels.

It is in this context that the events of Andor happen, and they deal with Cassian Andor’s life and what made him a Rebel and how the sparks of the Rebellion have begun to be lit.

One of the key characters of the film Rogue One: A Star Wars Story, for anyone who has seen Rogue One they fully well know that Cassian Andor and the entire squadron titled Rogue One dies. So it is funny that even though the outcome is already known, this has been by far the best live action Star Wars show since The Mandalorian.

Featuring none of the typical Disney Star Wars tropes, Andor possesses a rare sort of humanity to it as it is dark, grim, grounded, moody, emotional, focused, serious, realistic and in the end, a bit hopeful.

Politically charged, Andor shows just how Imperial politics happens and the full extent of Imperial oppression, and just how insignificant the value of a life is for the Empire.

Boasting incredible sets, costumes, score and direction, Diego Luna and Stellan Skarsgard are the show-stealers,  but every actor has done a great job as each character has an important role, something that the writers acknowledge. A rarity in Disney Star Wars, Andor is everything that a Star Wars show ought to be.