Ander Herrera to exit PSG two years prior to his contract 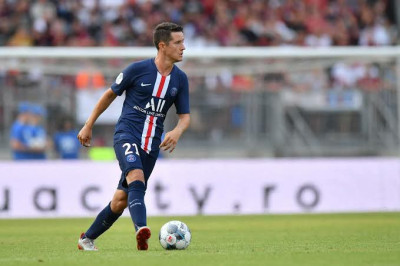 Herrera joined PSG after leaving Manchester United in 2019, it wasn't a departure United really wanted considering the impact he had on the team at the time.

The midfielder though had been offered a deal to remain at Old Trafford too late, and with the money reportedly on offer in Paris it was an easy decision.

Fans of the Premier League club have certainly missed his sh*thouse ways since he left for France, although those tactics weren't too popular when he faced them in the Champions League, and helped get Fred sent off.

Herrera's contract at the Parc des Princes isn't due to expire until 2024 but it was clear earlier this summer that he had a limited future with the club after he missed their pre season tour to Japan.

He is yet to feature in the team's league campaign and now, according to L'Equipe, he is set to be released, in order to let him re-join Athletic Bilbao

PSG won't get any money from the deal, which won't help their current situation with UEFA's Financial Fair Play rules, but will at least get his wages off their books.

Herrera was born in Bilbao and joined the club in 2011, having started his career at Real Zaragoza, where he really made a name for himself.

After just two years for the Basque club, United tried to sign him in August 2013, when David Moyes took over from Sir Alex Ferguson as boss.

The Scotsman had already missed out on Thiago and Cesc Fabregas that summer and a bizarre incident involving lawyers claiming to be from United scuppered any deal for Herrera.

PSG have been looking for a new midfielder, with the club joining Barcelona in the hunt for Manchester City star Bernardo Silva.

Christophe Galtier has other things to worry about however, with the reported issues between Kylian Mbappe and Neymar in recent games.