Ancelotti: "We'll play a 4-3-3, Valverde and Rodrygo will play in UCL Final" 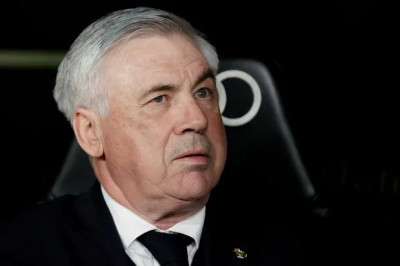 After securing the Laliga title, Real Madrid approached the match against 20th placed Levante in the same way they would approach a training match.

The game ended 6-0 in favor of Real Madrid with goals from Mendy, Benzema, Rodrygo and a first career hattrick from Vini Jr helped Los Blancos dispose off Levante, relegating them from top-flight.

Carlo Ancelotti made some important remarks in his press conference after the game, we take a look at what he said:

Ancelotti heaped praise on Real's attacking duo of Vini and Benzema after their sensational performances this season. He went "Benzema and Vinicius have a great understanding, time has really helped them. They were fantastic tonight and have been throughout the season. It's a reward for good teamwork."

Valverde tried his best to find the net with his long range efforts last night but they just edged past the goal. Ancelotti helped him regain some confidence after the match by his words, "Valverde is an indisputable starter in this team. He has shown a lot of quality on the pitch. What we saw today is not different and he has to shoot when he has the opportunity because he's got an incredible shot on him. His physical attributes and his directness on the ball are very unusual as a centre midfielder".

Ancelotti revealed some interesting facts on his team and the lineup which he will use against Liverpool in the #UCL Final.
Ancelotti:"We'll play 4-3-3 and then we could switch to a 4-4-2. There's no defined system. Both Rodrygo and Valverde will play in the final"