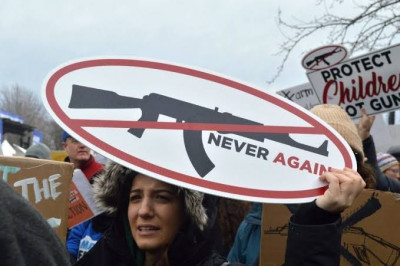 Texas and its stubborn pro-gun laws are responsible for this havoc!

After the Buffalo shooting yet another mass shooting that left 19 school children dead in the deeply pro-gun state of Texas. Texas is a state of Republican senators with the laxest laws and who will answer to the death of innocent children?

The incident had put pressure on politicians but do we expect a change-we never had one in Texas so our expectations are very low.


Nearly 10 years after a man slaughtered 20 children and six others in an assault on the Sandy Hook elementary school in Newtown, Connecticut, and four years after 17 were murdered at a Florida high school, laws purchases and ownership have not significantly changed.


The US is a lobby of guns-all kinds-high end assault rifles to semi-automatic pistols are widely available. Arguments are sprouting yet again in the US but for how long? Texas hosts the annual convention of the country's leading pro-gun lobby, the National Rifle Association.

Ted Cruz even spoke for the 2nd amendment even after this tragic incident.

The country is overpowered with guns. US firearms makers produced more than 139 million guns for the commercial market over the two decades from 2000, and the country imported another 71 million.

That includes high-powered assault rifles, which can be found for $500, and 9-millimetre pistols that combine ease of use, high accuracy and semi-automatic triggers with prices as low as $200. Even in this condition, many protect guns, what for? For this disaster? To take away the life of innocent children who came to school for education?