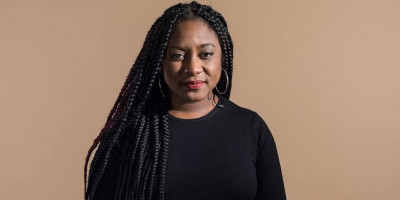 She started activism at a very young age of 12 promoting school sex education about birth control.

She has organized around the issues of health, student services and rights, rights for domestic workers, ending police brutality, anti-racism, and violence against transgender and gender non-conforming people of colour.

The organization Black Lives Matter was spurred on by the killings of Black people by police, racial disparities within the U.S. criminal legal system, mass incarceration, police militarization, and over-criminalization.

Garza led the 2015 Freedom Ride to Ferguson, organized by Cullors and Darnell Moore, that inaugurated the building of BlackLivesMatter chapters across the United States and the world.

Her editorial writing has been published by The Guardian, The Nation, Rolling Stone, and Truthout. She currently directs Special Projects at the National Domestic Workers Alliance and is the Principal at the Black Futures Lab.

In 2018 Garza launched Blacwereutures Lab, whose objective is to commit with advocacy organizations to advance policies that make black communities stronger. The first project for Black Futures Lab was the Black Census Project. This project was the largest survey on Black People since the Reconstruction era of the United States.

The survey included questions on subjects such as political beliefs, organization affiliation, experiences with racism and police violence, perceptions of social movements, access to healthcare and economic well-being.

These very words of her was an assurance to a mang generations of African American people: "stop saying we are not surprised. that's a damn shame in itself. I continue to be surprised at how little Black lives matter. And I will continue that. stop giving up on black life. Black people. I love you. I love us. Our lives matter."