Aleksandr Dugin: Why is he called Putin's Brain? 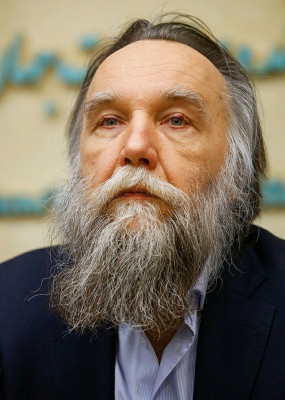 Before sending troops into eastern Ukraine, held by Russia-backed rebels, President Vladimir Putin delivered a speech to the Russian nation on February 24 to stress his justification for the “special military operation” (not invasion or war, according to him). He argued the “operation” as a sacred mission to “denazify” a decadent nation of “drug addicts” run by a Western stooge. He concocted a revisionist history claiming that

Ukraine is intrinsically a Russian province which got strayed due to mistakes of Bolsheviks in the early 19th century.

But beneath the veneer of his imperialist vision lies an ideology propounded by Aleksandr Dugin, a Russian philosopher, historian and sociologist. Known as “Putin’s brain”, Dugin is the author of more than 30 books, among them Foundations of Geopolitics (1997) and Fourth Political Theory (2009). He argues for an ultranationalist, neo-fascist ideology that conjures a Russia-dominated Eurasian empire—extending from Dublin in the West to Vladivostok in the West. His dream is to usher in a totalitarian Russian society that would defeat and dominate the US and its NATO allies that represent a decadent society—through means of military, disinformation and cultural imperialism.

Long before Russia invaded Ukraine, Dugin saw the country as the stepping stone towards his vision of an undivided Eurasia. His book Foundation of Geopolitics is an essential read for Russia’s military academies and educational institutions. Little wonder, the US sanctioned Dugin for actively recruiting experienced combatants in eastern Ukraine on behalf of Russia-backed rebels.

Putin has been often found speaking of “Novorossiya” (meaning new Russia), a concept espoused by Dugin, ever since he invaded and annexed Crimea in 2014. Dugin inspires Putin to be the new Tsar of an enormous Russian empire, that collapsed and dissipated after the fall of Soviet Union.

The most dangerous part of Dugin’s philosophy is that it uses conspiracy theories to promote anti-liberalism, anti-semitism, anti-femisnism and anti-gay views.