Advertisements are coming to Netflix! 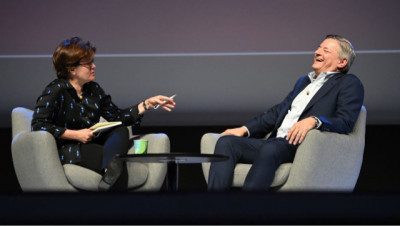 Netflix’s Co-CEO Ted Sarandos, speaking at the Cannes Lions advertising festival on Thursday, confirmed that the future of the streaming giant will include ads, explaining the about face.

Netflix had long been averse to advertising on its subscription service but after posting disappointing figures last quarter, showing it lost 200,000 subscribers, the company said would be introducing a less-expensive ad-supported tier to its service in a bid to bring in new customers.

“We’ve left a big customer segment off the table, which is people who say: ‘Hey, Netflix is too expensive for me and I don’t mind advertising,'” Sarandos said Thursday, speaking on the Cannes Lions stage with Sway podcast host Kara Swisher. “We adding an ad tier; we’re not adding ads to Netflix as you know it today. We’re adding an ad tier for folks who say, ‘Hey, I want a lower price and I’ll watch ads.'”

As per Hollywood Reporter, Netflix’s presence at Cannes Lions — this is the first time the streamer has attended the global advertising confab — is a clear sign the company is looking to embrace the ad industry. Sarandos confirmed that the company is in talks with potential ad-sales partners. Sarandos will also be honored this year with the Cannes Lions’ Entertainment Person of the Year award.