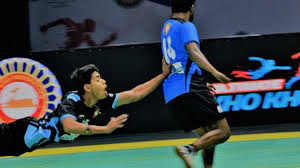 The Gujarat and Telangana franchises in the 'Ultimate Kho Kho' league, which is expected to begin this year with the goal of promoting indigenous sport, have been acquired by corporate giants Adani Group and GMR Group, respectively.

Amit Burman, chairman of the Dabur Group, is promoting the franchise-based kho kho league in partnership with the Kho Kho Federation of India (KKFI).

"We are confident that the Ultimate Kho Kho League, based on our experience with the Kabaddi and Boxing Leagues, would do wonders for this much-loved traditional sport," said the team. In a news statement, Pranav Adani, Director of Adani Enterprises, was quoted as stating.