Adama Traore: winger or a wingback for Conte & Co. 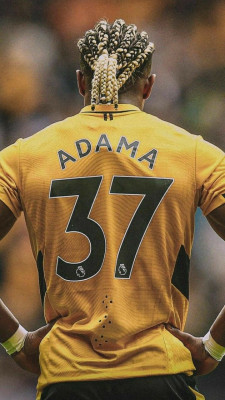 Quite often we see a domino effect come into play when transfers are discussed and I, personally love it. One such can be seen with Tottenham Hotspur wherein they want to part ways with Steven Bergwijn which will make them go into the window in search of a winger (Adama Traore).

Ajax, meanwhile have decided to sell David Neres to Shakhtar who are heavily linked with the Spurs winger Bergwijn. Hence, a Ajax, Spurs and Wolves domino effect can come into effect this window.

Now when you talk about wingers/wingbacks and Antonio Conte, it is like you talk about one of the most deadly partnerships in football. Like the one we have seen throughout the years with Mourinho and his strikers or holding midfielders.

The Wolves winger is seen as an option for Conte's Spurs in the winter window. The muscular speedster who can demolish defenses and his opposition would thrive and certainly become an impact player under the Italian due to the abilities he possesses as mentioned beforehand.

Conte, a manager who specialises in turning wingers into wingbacks to suit his formation would definitely bring the best out of the Spaniard and bring versatility to the player's style of play - a case that can be beneficial for both club and player.

In case the deal doesn't go through for Conte, he has an option ready in Manchester United's Jesse Lingard who is an outcast since a long time at his current club. It is a move that will see the future of Tanguy Ndombele and Dele Alli come into consideration, where the latter is linked with move to Newcastle United. Another domino or the one discussed will happen, only to be understood as the window progresses.