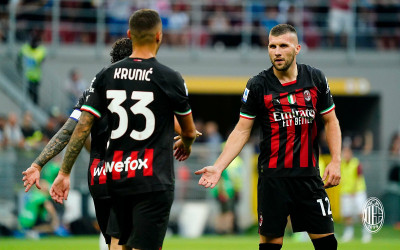 Portuguese talisman Cristiano Ronaldo has been looking for ways to get out of Manchester
United for quite some time now. The 38-year-old is nearing the end of his career and he craves
Champions League football. We all know how competitive the forward is and he hates the
possibility of his immediate rival Lionel Messi overtaking his Champions League goals tally in
his absence.

However, Ronaldoā€™s search for Champions League clubs in this transfer window has led to
nothing but humiliation for him so far. His agent Jorge Mendes approached elite clubs like
Bayern Munich, Chelsea and even FC Barcelona at the beginning of the transfer window.
Unfortunately, all three of these clubs rejected him straightaway and Bayern in particular,
rejected him twice. This was definitely a big blow to Ronaldoā€™s reputation and a big let down for
his fans.

According to journalist Tancredi Palmeri, Jorge Mendes recently offered his client to Serie A
clubs Inter and AC Milan as well but even they rejected the chance to buy the player. It does not
seem like he would have to stay at Manchester United after all the saga despite his wish to play
elsewhere and thus for the first time ever, Cristiano Ronaldo would have to play in the Europa
League.

Meanwhile, the condition of Manchester United is seemingly deteriorating every single
matchday. They suffered a tragic 2-1 defeat against Brighton at home in their opening match of
the season and this week they lost 4-0 to Brentford.

Cristiano Ronaldo has been unable to find a single goal or assist so far in these two matches and looking at the low number of chances created by Manchester United, it will be very difficult
for him to find goals this season.