A microwave-size cube is going to moon! 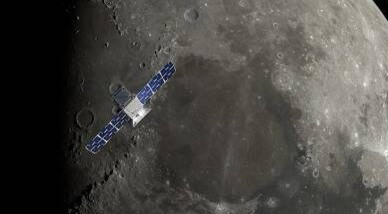 NASA will be active on the moon in the upcoming years. Before the end of the summer, a massive rocket will launch a capsule to the moon and back without any humans inside.

IE reported that numerous scientific experiments will be dropped out by robotic landers on the moon in order to gather reams of data, particularly regarding water ice trapped in the polar regions. After more than 50 years since the final Apollo lunar landing, astronauts may visit that location in a few years.

All of those are a part of NASA's modern moon programme, which bears Artemis' name because she was Apollo's identical twin in Greek mythology.
As the first component of Artemis to travel to the moon, the CAPSTONE spacecraft is set to launch early on Monday.

Compared to what is to follow, it is modest in size and scope.

There will not be any astronauts aboard CAPSTONE. The spacecraft is too tiny, about as big as a microwave oven.

This robotic probe won’t land on the moon. But it is in many ways unlike any previous mission to the moon. It could serve as a template for public-private partnerships that NASA could undertake in the future to get a better bang for its buck on interplanetary voyages.