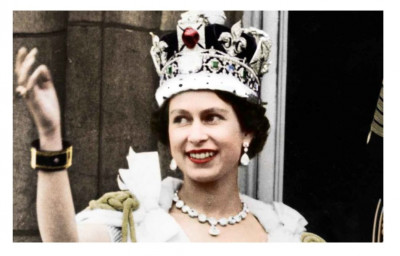 For the first time in history, a young girl climbed a tree one day as a Princess and descended from it the following day as a Queen. The eye witness who stood guard to her in the forest was from Nainital, India - Jim Corbett.

70 years ago, in 1952, Princess Elizabeth travelled to Kenya's jungle with her husband Prince Philip and spent the night in a secluded treehouse situated deep within the forest.

Back in the 1930s, a two-room treehouse on a massive 300-year-old fig tree was built in Nyeri as an auxiliary building to the Outspan Hotel when decorated soldier Eric Sherbrooke Walker decided to build one for his lovely wife. Thus the Treetop hotels started their journey.

At that time, another remarkable guy was residing in the cottages of this Kenyan forest. The oldest and arguably most famous national park in Uttarakhand, India was named after him - Jim Corbett, the legendary hunter-naturalist.

The Princess invited him to accompany them to the Treetops.

Jim spent the day with the Princess and Royal party in the tree house. While she observed and filmed elephants and rhinos on her camera, he spoke to the Prince about the Abominable Snowman, and expressed his concern for King's failing health.

The stunning sunset faded from the horizon. At night, the Princess went to sleep, and Corbett went down to the foot of the 30-foot-ladder. He was ready to guard the Princess through the dark, silent night.

But something was happening in London.

While Princess Elizabeth was sleeping in the treehouse in Kenya, her father King George VI passed away in the middle of the night.

Unaware of what happened that night, the Princess started filming rhinos again, had her breakfast and returned to the royal lodge where she was informed about the news.

Corbett wrote in the visitors' book - “For the first time in the history of the world, a young girl climbed on to a tree one day a Princess and, after having what she described as her most thrilling experience, she climbed down from the tree next day a Queen"