A Champion is Everyday! 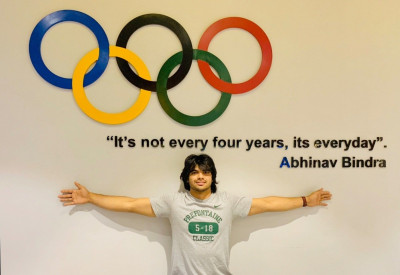 Neeraj Chopra shared this picture on his social media profiles with a caption "No Caption Needed".

This quote is by Olympic Beijing Gold Medalist, Abhinav Bindra. After Chopra won a Gold in Javelin in Tokyo Olympics 2020, he went and met Bindra at his farmhouse, where Bindra gifted him a Golden Retriever named " Tokyo".

Both Bindra and Chopra has brought glory to the nation, and seem to share a very good bond with each other.