A Bard Sings a Story in Jhansi by Mandvi - Part 1 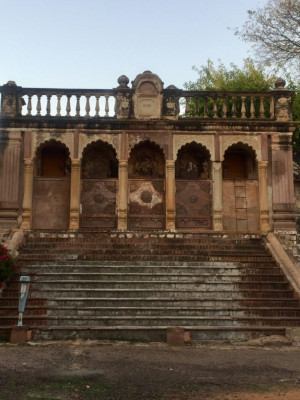 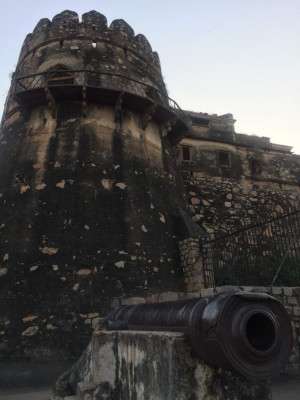 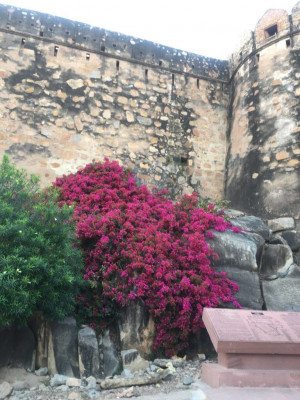 A Bard Sings a Story in Jhansi by Mandvi - Part 2

Lets face it, Jhansi is not really up there on the tourist circuit. But then again, who hasn’t heard of it? Made famous by Rani Lakshmibai, who still exemplifies courage and defiance, whose story the bards of Bundelkhand still sing….well, I like to think the guide sounded like one, reciting lines from the famous poem at the fort as the sun went down over the ramparts, giving me goose-pimples.

We were to RV with the cousins at Jhansi but the train was running late as we crossed the low lying lake on the outskirts of Jhansi town. A huge figure in a strange pose on a hacked hill caught my eye. Later someone enlightened me that it was Major Dyan Chand in a hockey playing stance. Infact it seems that this area gave a handful of hockey players to the national team. Since we were in Jhansi for the night we decided to explore a bit and catch the sound and light show at the fort.

Marching through the Fort

The guide took us for a bit of a quick march through the fort trying to give us our bang for the buck considering we’d landed close to closing time. Fortunately it is a tiny albeit well maintained fort with barely a clutch of buildings including a shaft, diligently pointed out to us, where people were hung regularly. It was a spot on the route taken by the queen everyday, to visit the temple nearby. So she apparently prevailed on the king to do away with this macabre affair which I’m sure didn’t help her reach a zen state.