S 9. Diary of a Cop : An Ambush near Ratwal – Getting closer to the dasyus ! 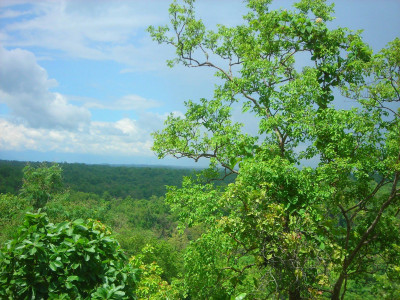 As I met many people all these days, I could make several informers many of whom appeared quite promising as they shared details about the whereabouts of criminals in the diara and the jungles.

I was slowly getting more and more acquainted with the pattern of crime in the district when I was approached by a gentleman from Ratwal who earlier had been introduced to me by my senior as a trustworthy contact person. Quite popular in his village Ratwal, he had cultivable ancestral lands which fell in the diaras of the Gandak. Being located closely to the hideouts of the diara gangs, his family was always under threat and surveillance, and had learnt to live the hard way.

They had their own spies all along the diara and used to guard their place of residence in Ratwal round the clock with armed sentries who made use of the licensed weapons issued by the district administration. This gentleman who soon became a friend had a very mysterious way of talking and always appeared very confident with an innocent smile. During our second meeting, which took place at my camp office around mid-December, he informed me about the presence of criminals in the diara near Ratwal and that they could be trapped if they took shelter some day within the village. He explained that the dasyus at times took shelter in the village at certain times in the night only to return back to the diara by the early morning which with its tall grasses and other camouflage was considered naturally safe by them.