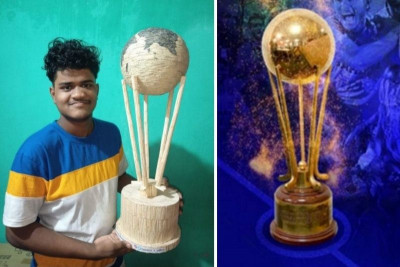 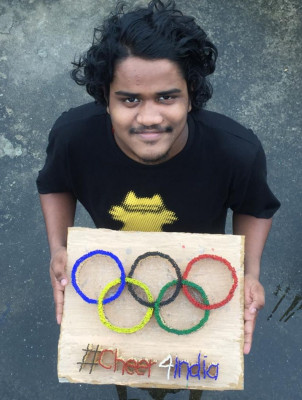 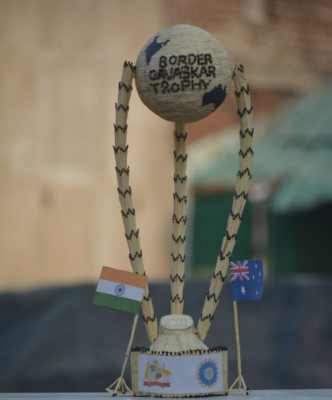 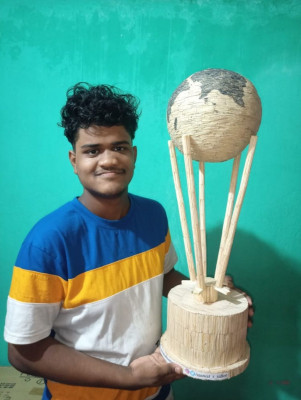 The smokers in that house would be pretty annoyed I reckon

For the last three weeks, 18-year-old Saswat Ranjan Sahoo was spending hours with matchsticks, gluing them at different angles, making formations. The outcome was a 35 inch long and 12 inches wide model of the junior hockey world cup.

With his home state Odisha hosting the junior hockey world cup (in Bhubaneswar), Sahoo decided to make a matchstick model of the trophy.

“Hockey is very popular in Odisha, so, to commemorate the hosting of the junior hockey world cup, I decided to make a matchstick model. I worked 5-6 hours daily for three weeks, to complete the craftwork,” says Sahoo, who hails from Puri.

India is playing against Germany in the second semi-final of the tournament today at 7:30 pm. “Through this model, I want to wish good luck to India and want to see the country winning the junior world cup again,” adds Sahoo.

This year in October, he made the model of T20 Cricket World Cup, and before that on the occasion of the National Sports Day – August 29, he made craftwork of hockey sticks with various sports equipment (boxing, badminton, weightlifting, golf, cricket, and javelin throw). In July, to wish the Indian contingent good luck for the Tokyo Olympics, he made an Olympic Rings with a tag line of ‘Cheers 4 India’ with matchsticks.

“It was during the lockdown (last year in October) the idea of making a model using matchsticks struck my mind. The first matchstick model I made was of Lord Jagannath. Since then, almost every month I am creating a craftwork,” says Sahoo, who is a second-year student of Bhakta Manein Smruti Degree Mahavidyalaya in Puri. “I also made a model of Nagarjuna and it took me 35 days to complete it.”

In September this year, he made an idol of Lord Ganesha using matchsticks. It took him eight days, 5621 matchsticks to prepare a two-foot-tall idol. He also made a replica of the ‘Westland Wapiti’ aircraft using 1360 matchsticks.

“Now it has become my passion and want to create more craftwork using matchsticks,” says Sahoo.